The Finnish coastline is about 46 000 kilometres long and there are over 73 000 islands in our archipelagos. Based on the directive 2014/89/EU, Finland will devise three maritime spatial plans for different sections of the coast.

The maritime cultural heritage in the different case study areas is very varied. In the archipelago of the Gulf of Finland the earliest archaeological remains date to the Bronze Age. The cultural heritage remains consist of all aspects related to maritime human life from grave mounds to landing marks and from wrecks to settlement sites. In the Gulf of Bothnia the archaeological remains are mostly situated on land due to isostatic land uplift that is still creating approximately 1 square kilometre of new land every year! The archaeological and historical remains that are found in the sea and coasts therefore date approximately from 18th century onwards, although some medieval sites are known. Maritime cultural heritage is related to fishing, seal hunting and shipbuilding. The Kvarken land uplift area is a World Natural Heritage site since 2006.

The archaeological survey and analysis of the case areas is designed to result in the compilation of larger maritime cultural heritage areas, which represent different cultural phenomena. These areas consist of smaller units, each representing an archaeological or historical remain. Through analysis, they are interpreted and wider meaning is found. It is possible to discover new phenomena that have not been recognised in the terminology for maritime and underwater cultural heritage. Some of the case study areas are investigated only though desk-based analysis using administrative tools, such as the register for ancient remains in the National Board of Antiquities, while others have been selected for archaeological fieldwork, where new material for analysis is gathered. 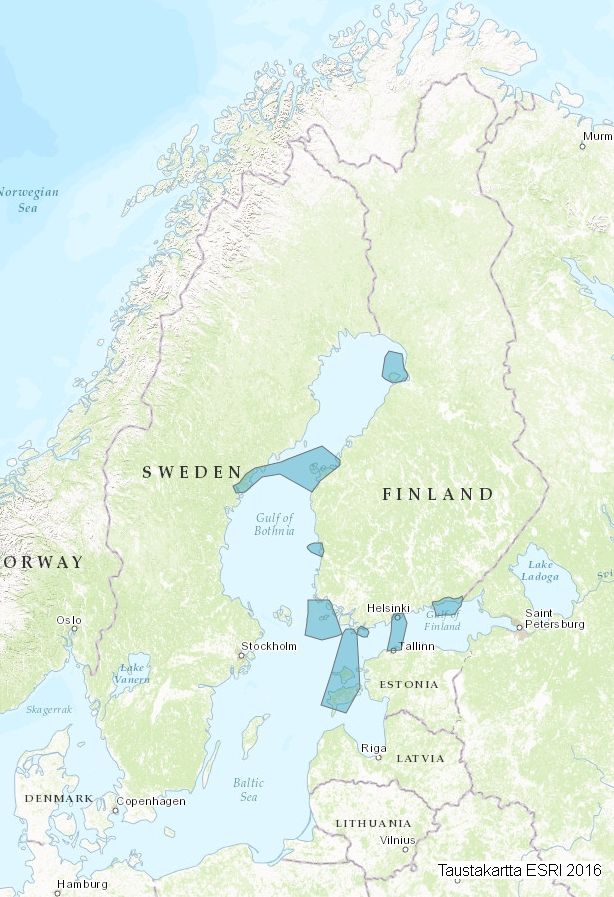