In summer 2017, a small-scale RAS laboratory system, specifically designed for cultivation of whiteleg shrimps (Litopenaeus vannamei), was installed at the laboratory in the Institute of Oceanography, University of Gdansk. The trial looked at two versions of the RAS system: one equipped with a trickling filter and one with a moving bed filter.

After moving in, the 550 shrimps in each tank have been thriving in their new home. The shrimps were fed six times a day and water parameters such as temperature, salinity and pH were measured. The shrimps themselves were carefully monitored by the team, including their behaviour, weight gain and mortality.

The trial lasted for 16 weeks, after which the shrimps were rendered unconscious and some were brought to the National Marine Fisheries Research Institute lab to analyse their features like colour, taste, smell and texture. During the evaluation process both raw and cooked shrimps were tested (3 samples for each test). The remaining shrimps were frozen for further analysis on nutritional value and chemical contaminants.

Shrimps obtained from our small-scale RAS laboratory system were of excellent quality and achieved high scores in sensory assessments according to the Torry Research Station. The fresh shrimps scored slightly better than cooked shrimps and the quality decreased quickly during storage, the poorest quality being measured after five days.  However, it should be highlighted that the tested shrimps were free from any chemical additives like antioxidants. 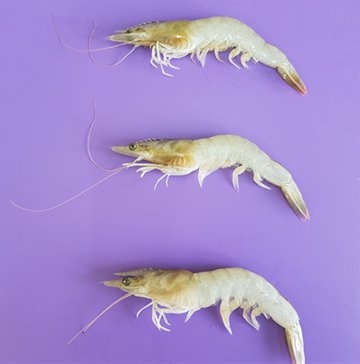 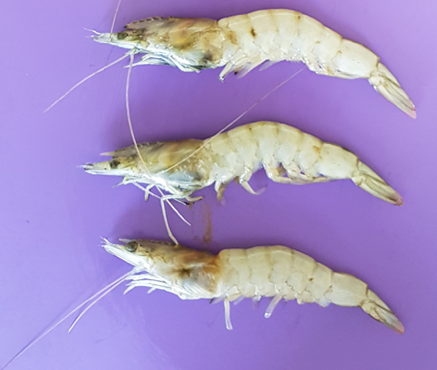 The second trial will take place from August to December this year. Materials have already been ordered and the tanks are ready for the shrimp larvae. Lessons learned from the first trial will be considered to optimize results and hopefully Christmas will come with a bunch of happy, fully-grown whiteleg shrimps.