Some of the greatest challenges in fish farming are those of resource efficiency and emission control. With this pilot scale demonstration, Danish Technological Institute, in collaboration with Rostock University, will calculate the viability and potential productivity of combining fish farming in RAS with the cultivation of microalgae.

The logic behind this pilot is that if production of high market-value fish can be combined with a production of a high-value microalgae biomass, there will be an added-value factor which will contribute to the overall economic viability of the production. In order to achieve maximum production efficiency, it is assumed that the aquaponic plant will run under controlled (greenhouse) conditions.

The science behind the pilot

A calculation of the mass balance and a LCA/CO2 footprint will be performed. In order to assess and optimise the control of the cultivation conditions an aquaponic software module based on mathematical models will be developed to form decision support and/or control options. The software module integrates two decision-support system tools – InfoGrow and Virtual Greenhouse – providing between them real-time monitoring, data analysis, simulation scenarios, analysis of planned cultivation changes, grower and supplier support. The models forming the core of the decision support systems indicate the greenhouse conditions, such as growth/photosynthesis, energy use; heat, light, transpiration and humidity, etc. and can be used to assist decisions regarding optimisation, investments and automatisation in the cultivation plant. 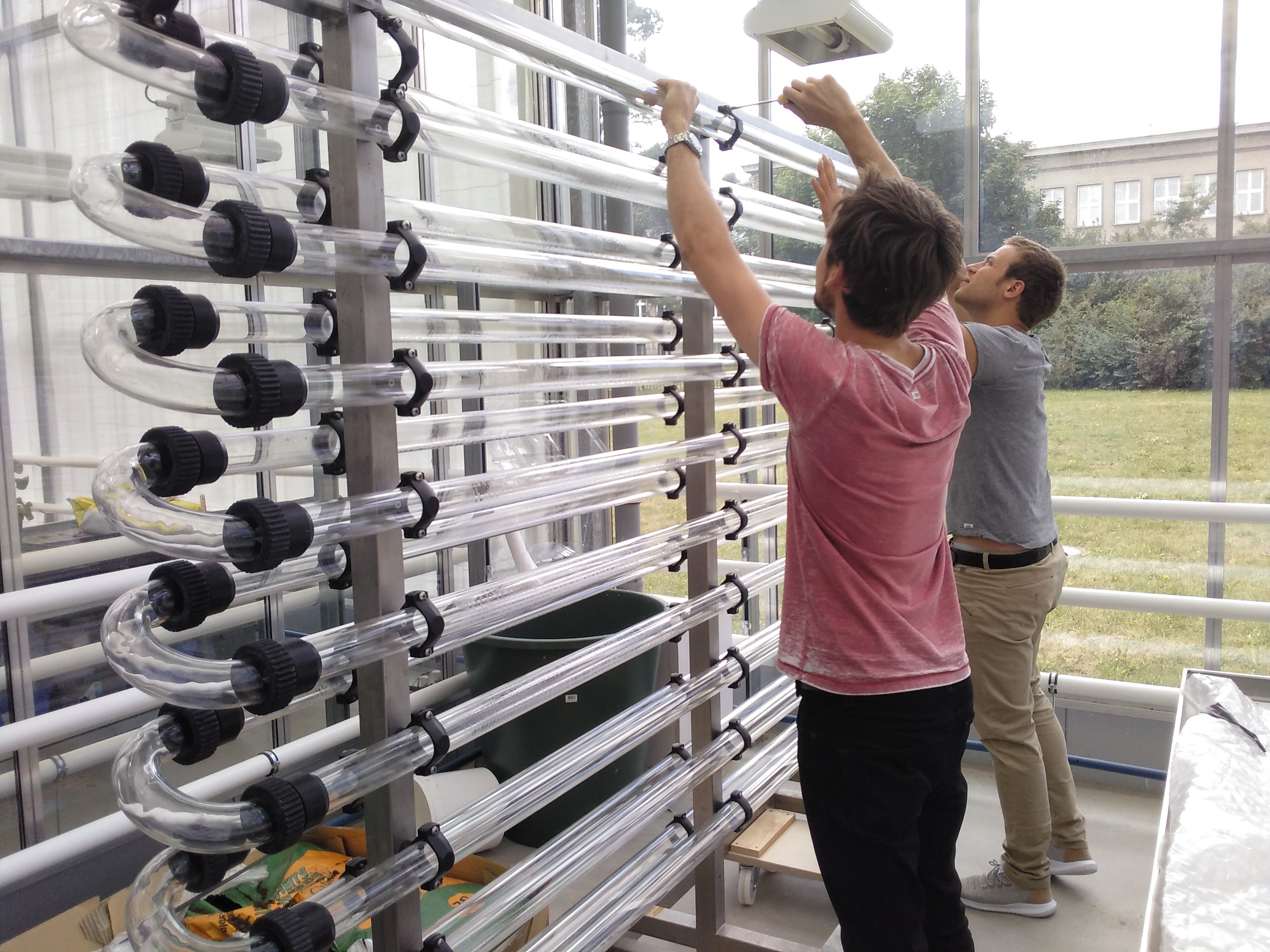 The pilot is planned to consist of 3 phases:

For the third stage, an algae photobioreactor (PBR) from Denmark fitted for integrated fish and microalgae cultivation – a novel approach for aquaponics in the South Baltic Region –was subsequently transported to and installed in the FishGlassHouse (FGH) at Rostock University (DE) in August 2018. Ten weeks of testing at DTI in Taastrup (DK) have demonstrated the PBR’s ability to produce high quality biomass composed of the same microalgae polyculture that will be used in Rostock. In this final pilot-phase the controlled conditions of the FGH will help to measure the mass balance and contents of the biomass and the water before and after being used for cultivating microalgae – an essential step for the upscaling process.