During the first day of the meeting different issues regarding underwater heritage in all of those Baltic Sea Region countries were introduced and discussed. After lunchtime the delegates took a walk towards the sea to admire view to a 19th century sea fortress and a well-preserved wreck of Ristna, a ship that was one of the schooners built by Finland to the Soviet Union as war reparations (https://register.muinas.ee/public.php?menuID=en_wreckregistry&action=view&id=1083).

On the second day of the meeting several issues concerning the connections of maritime spatial planning and cultural heritage were discussed. Triin Lepland from Estonian Ministry of Finance presented the ongoing process of the Estonian national maritime spatial plan and several materials concerning BalticRIM project were introduced and discussed by the expert group. Among the materials were: a questionnaire to receive background information on management of cultural heritage in different planning projects, parts of the report about assessment of existing data on maritime culral heritage.

During lunchtime members of the working group witnessed a very unique event in Estonian maritime archaeology. Namely, a 13th-14th century kogg wreck that was discovered and excavated from Kadriorg, an area in the eastern side of central Tallinn and conservated in the Seaplane Harbor of the Estonian Maritime Museum (http://meremuuseum.ee/en/) was transported to its new exhibition site in the tower of Fat Margaret in Tallinn Old Town. The new exhibition in Fat Margaret tower will probably open at the end of 2019 and a very well preserved wreck of a typical Hanseatic merchant ship can be seen by the public then.

Photo 1. The working group with the wreck of the schooner Ristna (photo by Krista Karro). 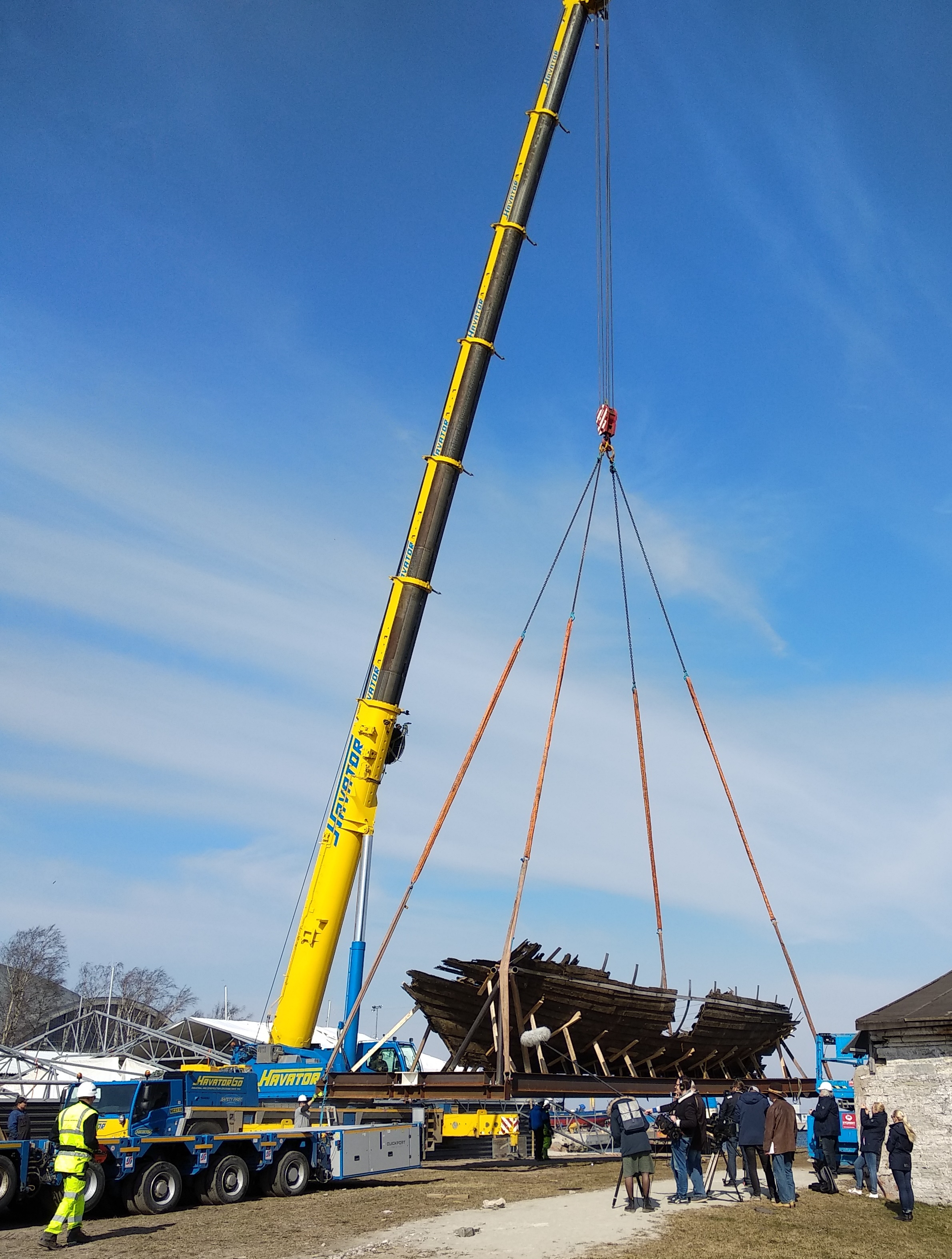 Photo 2. Lifting the kogg wreck. The kogg has been attached to the metal frame, that will be used to attach it in its place at the exhibition (photo by Krista Karro).